All parents anywhere and anytime have one thing in common, we were all children, and that experience and context is our inevitable starting point when we begin forming our notions about how we want to raise children. And I’m convinced that the same tools that skeptics use to make rational decisions and choices are invaluable when taking on the enormous responsibility and task of parenting. My children are now adults and my twenty three year old son is working, attending college part time and still living at home; and my twenty year old daughter has been living in the UK, Italy and Germany the past sixteen months and will return home in the spring to work and attend the same university where her mother teaches. And I can happily report that I like and appreciate my kids and enjoy their company and conversation; and most of the time it seems mutual. I’ve been working in the social work and mental health field for about thirty years, and one year before my son was born I started working in Child Protective Services where I spent the next twenty years investigating allegations of abuse, neglect and maltreatment. Over the past four years I’ve been working with “at risk adolescents” and their parents addressing issues from substance abuse and chronic running away to untreated and undiagnosed mental health problems and violent behavior. I’ve been observing, thinking, reading, and wondering about parenting for a long time! Deciding to blog about parenting has my brain spinning about my own parenting, my parents parenting, bad parents, foolish parents, indifferent parents, cruel parents, amazing parents and all the parenting issues that have come up over the years of my involvement with dysfunctional families as well as issues we care about within the skeptical community that touch on parenting. Hopefully all this thinking will generate some interesting topics and discussion; and considering how strongly many people hold on to their child rearing opinions I have no doubt the discussions will-be-interesting!

One of the places my spinning brain stopped when thinking about this blog was when I wondered how many people really think about having specific parenting goals or having a parenting philosophy before they have children. Sure some people do, and we all wondered about what kind of parent we’ll be before the big event, but many just let parenting happen and move forward trusting that they’re smart enough to figure things out or have some notion that their child will inevitably get older and that somehow equates with parenting. My wife’s oldest brother was born about ten months after her parents were married, my older sister was born six months after our parents got married, and I was born ten months and ten days after my sister was born. Deliberate planning doesn’t seem to have been a big part of the mix back when our parents were starting out. My mother jokes about having very limited memories of her first few years of marriage beyond feeding, diapering and not sleeping enough. Before my wife and I decided to have children we dutifully read the prescribed and recommended parenting books, and we talked with friends who were parents. However we didn’t talk to every friend of ours who was a parent, because some of them were clearly not that good at it. And in looking back “not that good” in our eyes was mostly about the child’s manners or how the child was able to manage a social situation. I suspect what impressed me the most before I had children was a well trained child, which may or may not have been a well parented child. Because while parenting and training children are not necessarily separate things, they’re definitely not the same thing.

When we become parents our perspective is usually informed by our own experiences as children. We talked a lot about what our parents did well and what they did poorly or didn’t do at all. Many of our parenting decisions were motivated by knowing what we wanted to do differently than our parents. And not because they were terrible or indifferent, we just recognized that we had an opportunity to hopefully be more purposeful and learn from more current and better research than was available to our parents. My childhood wasn’t the stuff of some angst ridden modern novel in case anyone was wondering why I went into social work as a profession. I have some great childhood memories, and like most people who’ve raised children into adulthood I now have more memories about raising my own children than I have about my own childhood. And I know that when or if my children become parents it’s their childhood memories and experiences that will provide the context and a starting point for what kind of parents they will choose to be. How we parent clearly has a lot to do with who we are, our personality, genetics, culture, and no small amount of randomness and chance. I suspect making any significant changes in our own personality would be a herculean task that most of us never even attempt. However we can and often do change our habits; and we can make decisions to be purposeful, thoughtful, kind and affectionate when we map out what sort of parent we decide to be.

The past few weeks have been very challenging around our house. My wife is teaching six classes this quarter (she’s insane!), my daughter is away for the holidays, my mother spent a week with us after having surgery (she’s fine), and then a good friend’s eighteen year old son took his own life around the time my mother went home. This is the random, the chance, and the unexpected that’s always part of being a parent, a child, and a friend. The day after hearing about my friend’s son I really thought hard about how to respond, and in the end I decided to do what I would have wanted him to do were I in his shoes. I bought good bottle of scotch, went to his house, and sat with him, and we hugged, cried, talked about his son, and had a couple drinks. A week later he told me how much he appreciated that I just came over spent time with him and let him know how much I cared. Being purposeful about how we do things makes a difference, and thinking about how we were parented and deciding to continue the good things we remember and toss out the junk is a great place for any parent to start. This blog is called Grounded Parents and it seems to me that a grounded parent isn’t just rational and reasonable; a grounded parent should also be purposeful about what kind of parent they plan on being!

(All pictures are the authors) 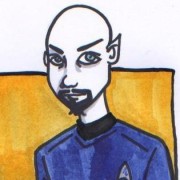 The Plague is Not a Big Deal Actually

This post contains a video, which you can also view here. To support more videos like this, head to patreon.com/rebecca! Transcript: Guys, I don’t know if you’ve heard this but…the plague is back. No, not the plague that we are all currently dealing with, which is not actually a plague but I know a lot …