My stepson is a nerd. Through and through. He likes Yu-Gi-Oh and Doctor Who. He hates sports. He watches Youtube reviews of board games, and has watched his favorite episodes of TableTop and Co-Optitude so many times it’s driving his father and me crazy. In fact, he’s watching one right now, laughing at each joke like it’s the first time he’s heard it.

He learned to read playing Pokemon, and learned to love reading with Harry Potter. He can recite the name, stats and design of just about every Magic the Gathering card that he’s ever seen and loves to talk about it. All. The. Time.

His style is unique. He likes to wear my mittens and scarves because they’re soft and fluffy or sparkly and pretty. He combs his hair straight down in all directions from his crown, and prefers it as plastered to his head as he can get it. His favorite outfit is a tie-dyed t-shirt, camouflage cargo pants and Vans shoes. He wears this completely unironically.

In our home, this is supported and encouraged. I’m a nerd too, so we’ve bonded over a lot of these same activities. He likes to watch when I play my video games, and wants me to watch when he plays his. As a family, we play a lot of board games. His father and I almost exclusively get him books, games and science-y things for his birthday and Christmas gifts.

We live in a small town, in a rural state, where all the boys in his class play football and basketball. Most of them go hunting, and ride snowmobiles in the winter and dirt bikes in the summer. He has a bow for archery and a pellet gun, but he is mortified at using either of these to kill or harm any animal. We cajoled and bribed and pleaded with him to get him to try riding a bike, and he only finally gave in because he was going to fail his 6th grade phys ed unit on bike riding this past fall.

I wanted sooo badly for him to fit in and make friends, and in my concern, I put too much pressure on him. I discouraged him from wearing my things to school so he wouldn’t be seen as weird. I asked him every day if he was making friends. When he received a hand-me-down t-shirt with a sports team on it, I hid it away because he was wearing it inside out (he liked the color but didn’t want the team logo to show). His father and I worried and fretted and in the end, sat helpless while he floundered. It was painful and frustrating and fruitless.

Throughout it all, I was incredibly conflicted. I wanted him to be true to himself. I didn’t want him to ever think that who he was wasn’t valid or worthy of acceptance. Yet there I was, showing him that what I really believed was that he needed to change himself in order to fit in. That the only way that he could make friends was to be less like himself and more like the other boys. My own social anxiety and insecurities were compounding with my misguided belief that making friends was the best gauge for how well he was doing, and I was making it worse. So I stopped. I stepped back and let him sort it out for himself, because I was doing more harm than good.

Eventually, he found a friend or two, but he never did feel like he fit in with his classmates. So, at the start of this school year, we enrolled him in a much larger, more diverse school nearby. We have to drive him 20 miles to school every day, but he’s much, much happier. He’s no longer the only boy who isn’t on the football team. There’s a chess club and a science club and other activities that he would never have had access to in our local school. Most importantly, there’s a much wider variety of classmates that makes it much more likely that he’ll find someone that he likes and has common interests with.

I want him to be authentic and true to himself, but I have to battle every day with the part of me that just wants him to be accepted. That desire is never going to go away, but at least I can recognize it and reign it in, and do my best to let him find his own way.

Photos by author, all rights reserved. 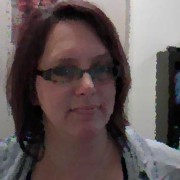 Tammy was carefree and childless for most of her adult life before she married a single-dad and became the dreaded "Step Mother". She's also an auntie to five young nieces, on whom she's hoping to be the best bad influence possible. She spends her daytime hours as a computer professional. You can find her on Twitter (@SDTripleL) and Google+.

Our Contribution to The Future