When I first got pregnant, I knew I was in for a whole new world of experiences.  Parenting seemed like this mysterious CIA type assignment – no one could explain to you exactly what was going to happen, all you knew was that it was going to be difficult.  I knew there was going to be things I wasn’t prepared for, things that were a lot harder than I had expected, things I never saw coming.   For me, the most unexpectedly difficult part of parenting boiled down to one word: decisions.

The sheer enormity of making potentially life altering decisions for another human being who could not give me feedback on what they wanted terrified me like nothing else ever had.  While there were a few things I’d always known I’d do and had planned around (breastfeeding, working, day care), there were all sorts of other decisions I felt totally ill equipped to make.  I wasn’t just worried I’d make the wrong decision, I was seriously tripping over the idea of making those decisions for him at all.  You see, I trained as a therapist.  For the duration of my program, we were constantly told “you’re not there to make decisions for people, you’re there to listen, to help them hear what they’re saying, and to feed what you’re hearing back to them in a way that helps them arrive at the best decision for them”.   I’d worked hard to learn how to take people as they were and eschew my own opinion.  Now, just a few months after graduating, I was having to unlearn all of that.  When you’re a parent to an infant or toddler, there is no other voice.  You are it.

My squealing ball of baby couldn’t tell me what he wanted.  Now my toddler positively lives to request things that I’m pretty sure I shouldn’t let him do.  While some questions are no brainers (I nixed  jumping from the top of the stairs, smacking our dog on the nose, and eating nothing but crackers for every meal) some questions are harder.  Some of the hard questions are small choices that set patterns (food choices, helping him vs letting him do things on his own) but the really hard ones are health and safety related.   Some choices are unpopular with little ones but obvious choices for parents (vaccines, blood draws, car seats, and the administering of face mask Albuterol treatments for a bout of bronchitis when he was seven months old scarred me for life), but some areas are less clear. One of the problems is exactly how many interventions there are available today, and not just in the doctor’s office.

This recent article touched on the quandary many parents face with the rise of “techno-parenting”, specifically focusing on the Mimo Baby Monitor set to launch this month.  This monitor, which comes attached to a onesie you can put on your child tracks literally their every move throughout the night.  It claims to track temperature, child’s position, length and quality of sleep, and breathing.  Leaving aside any questions that this device can do what it says, I have to wonder, would you want that much information about your child?  Would it increase your anxiety or decrease it?

What makes this aspect of parenting so difficult is that there’s no one size fits all answer.  The right choice depends heavily on the personality of the parents, their own experiences, and the potential cost/benefit to the child.  There’s no proof that baby monitors reduce SIDS, and it remains to be seen if this new generation of monitors is any different.  On the other hand, the article I linked to started off with the story of a mother who lost her first child to epiglottitis in the middle of the night and can’t relax unless she knows she has a baby monitor so she can watch her second child at night.  False positives don’t really matter to people who have suffered such a tragedy.

At the end of the day, this is why parenting can really teach you a lot about yourself.  The only way I can wade through the decisions I make for little F is by learning exactly how much risk I can tolerate, and how much information causes me to freak out.  For me and my husband, an audio monitor was just right.  I knew I’d hear him cry at night if I was in a deep sleep or if I had to go downstairs, but I nixed a video because I just felt like I’d get obsessive.  We did the same with lots of prenatal screening options – got a few of the major ones and skipped most of the other ones.  That worked for us, but the equation might be different for others.  I think it’s great to make this stuff available to people who it will help, but it’s also important to remind people that it’s okay to decide that sometimes all the information can just be too much.  Living in a constant state of fear and obsession is not healthy for you or your child, and it’s important to view technology as merely a tool to keep calm (and carry on, as some might say). 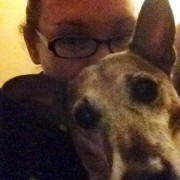 Bethany is a perpetual student who just won't stop taking classes. She's gone from engineering to psych and family systems to applied statistics, and is really fascinated by how people feel about numbers. She blogs about this over at Graph Paper Diaries, and experimenting with contingency tables at Two Ways to Be Wrong.

Last night I started seeing posts pop up in my social media feed from a bird watcher who was accosted by a white woman while watching in Central Park. It absolutely broke my heart. Take a look at Amy Cooper’s shameful behavior: The birdwatcher that posted the above video is a nature advocate, science editor, …