Dave Lesser posted an awesome piece in the Time Ideas blog the other month. He’s writing as a stay-at-home dad and primary parent describing the effect that this modern family arrangement has had on both him and his wife.  Their situation is much the same as mine and my husband’s – I went back to work when our now-toddler was three months old, while my husband stayed at home full time until just recently.

Despite widespread reports that the number of stay-at-home dads is rocketing, his situation still seems to be the rarity – it seems to be more common for stay-at-home dads to end up accidental at-home parents, after redundancy, a promotion or the eye-watering cost of childcare causes families to question the status quo. Planning from before a child’s conception that the father will be the one to provide most of the care in the early years still seems to be a situation which encourages raised eyebrows.

There’s precious little evidence on mums vs. dads as rpimary caregivers, although I can’t believe that any detriments of having an attentive father rather than an attentive mother in the early months are worth worrying about compared to the practical reasons for making these decisions. So my husband didn’t worry too much about what people thought, as he knew he was doing all right, and in our diverse area of the country it was very easy to find baby groups where being a dad didn’t make you the most unusual person in the room.

For me, the whole thing carried a lot more turmoil. Like Dave Lesser’s wife, I laughed at the idea of giving up my career to do nothing but babies, and like her I felt the constant guilt associated with having two jobs you could never do as well as you wanted to. Unlike her, I didn’t manage to be secondary parent though. There’s never been an occasion in his life where my son has writhed his way out of my arms shrieking for his daddy; there are daily situations when only mummy will do. For a long time, despite being at work all day, it was me who set the menu, prepared the food, sought out and planned the activities, booked the doctor’s appointments, bought the clothes and decided on the developmental moves – crib to cot, pram to pushchair, board books to paper pages.

One of the few things women are allowed to be good and and approved of for is our roles as mothers. The mother is the beatific figure of Christian mythology; she is the metaphor for life, nurture, care and love and goodness. Motherhood (or more precisely, white, well-off, married motherhood) accords a special unimpeachable status to women, as any childless woman can attest. And that status was not something I wanted to lose. I wanted to be a proper mother, who could soothe a crying child with nothing but her sweet voice and smile, while baking fresh cookies and incidentally writing her thesis one handed because she was a modern woman. I didn’t want to be some emasculated, neglectful specimen, off and away chasing my selfish, worldly, fruitless goals while barely knowing my children. Even now, I’ll admit that the idea that my son might some day prefer his dad to me when he’s sad makes me break out in a cold sweat.

So I did my best to stake claim on this role. I breastfed for way longer than my sanity would permit, dragging myself to the pumping room (well, maintainence closet) three times a day so I’d have lots of milk on my days off. We coslept, baby next to me, and then inevitably it because easier if I just did the night feedings. I shuffled my hours so I could spend more time at home, sent my husband away on long weekends and took control of anything I could, to assert myself as The Mother, and claim all the sweet approval that came with it.

Another issue of this was lack of trust. After years of watching media stereotypes of hapless men unable to hold a baby for five seconds before dropping it on his head, I just didn’t believe, in my heart of hearts, that my husband was capable of keeping up with a vaccination schedule or knowing how to wean a child. And of course, the more I did, the less of a chance he had to prove himself. Unlike me, he didn’t spend hours online reading up on the Exact Best Way to raise a child, trusting instinct and friends to guide us to do it approximately right. This, of course, meant that he wasn’t exposed to the Mummy Wars.

What with my reading internet forums and choosing to eschew the council-run playgroups in favour of a ‘natural parenting’ community my friend invited me to, I absorbed this endless, passive-aggressive battle constantly. No longer was ‘good enough’ acceptable; there was a perfect way to do things and everything else just fell short. I rushed to my child at every night-time whimper until his was almost a year old, ignoring my husband’s suggestions that we wait a moment to see if he might calm down by himself. I refused to let formula pass his lips for almost as long, despite the punishing schedule of pumping and the constant stress of having enough milk. I obsessed constantly over his food, so my husband’s innocent and mostly harmless offerings of fruit squash in a bottle, or a few crisps, seemed like egregious mistakes.

The more my husband refused to take part in this competitive parenting, the more I was convinced he wasn’t a very good parent. I couldn’t step back, because that would mean that my child might be fed formula, left in distress for a short while, or shown age-inappropriate television. Somehow, I’d decided that not only did I have to be The Mother, I had to be a perfect one, and my husband was just in the way of that. If I let him do the job he was always intending to do, how could I face the other mothers (both the real ones, and the semi-imaginary online hordes) knowing my son had eaten baked beans the night before?

It was only when I stepped back from this competition that I let my husband be the dad. In part, external circumstances forced us – a stressful period at work and several trips abroad physically removed me from the house for a while. And nothing fell apart. My baby continued to thrive. I lost touch with the ‘natural’ mothers and stopped reading the forums, and suddenly that full-salt biscuit didn’t seem like such a big deal. And I saw my husband come into his own as my son grew older: saw that his silliness, playfulness and imagination, the qualities I loved him for, were what my son loved him for too.

I might still be primary parent, but it’s not by much. And, in the end, what it took was not for my husband to step up, but for me to step back. There are lots of feckless fathers out there, who will cite some sort of biological inevitability as the reason they sleep through the night feeds, but our experience makes me wonder how many dads would much rather take on a fuller role, if only their partners would feel able to let them? 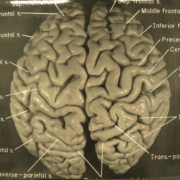 I'm currently trying to finish off my PhD in neuroscience and my medical training. I hope to get a proper job sometime in my 30s. I have a toddler who is, naturally, the bestest, most gifted, prettiest and nicest child to walk this earth, at least until I can persuade my partner to have another. I plan to use this platform to rant semi-coherently about people willfully misunderstanding neuroscience in the service of their favorite parenting soapbox, as well as trawling Medline for interesting stuff, so you don't have to.

Snapshots Of An Academic Unicorn: Balancing Motherhood And Tenure In A Man’s World

How Breast Became Best When It Actually Isn’t

What Is Sonic The Hedgehog Really About?

I grew up playing Sonic the Hedgehog in the 90’s. I wasn’t very good, but it was good at keeping my brother and me occupied while our parents were doing adult things like mowing the lawn and drinking coffee. When they announced a Sonic movie, I was a little skeptical because of the fond memories …