Along with inheriting my disorganized brain, my child also got my horrendous lack of coordination.  That means we both spend a lot of time doing wonderfully graceful things like biting our tongues and choking on our own saliva.  Taking pills is difficult enough for many people but for children who have trouble coordinating their mouth parts, it’s even more of a challenge.

We’ve always used liquid or dissolvable medications to make taking them a little less stressful but when he was prescribed medication for his ADHD, we found that it only came in pill form.  This sent us on an adventure in discovering how to get medication into a child.

Methods we found to not work:

Just taking the pill.  This results in a puddle of water on the bathroom floor with a pill in the middle of it and a child gasping for air.

Yelling at the child to TAKE THE PILL!  Generally still ends with a wet floor and a ruined pill but with the added consequence of two angry people.

Crying in a heap on the floor while explaining to the child that the pills cost $3 apiece.  This one just makes the kid look at you like you’ve finally lost it.

Bribery.  The outcome here is much the same as the “just taking the pill strategy” but with a child gasping for air and crying because he isn’t going to get what he would have gotten if he had been able to take the pill.

Hiding the pill in a piece of food.  They just eat around it.  Apparently, they can smell it or something.  Wait, that might have been the cat.  Never mind.

In all seriousness, the issue many kids have with taking pills is not that they don’t want to take them; it’s a physical issue that makes the child unable to take them.  No amount of begging, pleading, promising or explaining is going to change that. When we have a physical task that we need to accomplish but our bodies just aren’t going along with the request, we need to tackle the problem in baby steps.  We need to teach our bodies.  We need to condition them to move in ways they are not used to moving.

So how does one condition a body to swallow a pill?  For us, the answer began with candy corn.  Yep, candy corn.  We started the medication in November and I still had some candy corn left from Halloween which alone is a small miracle considering how quickly candy disappears at my house.  It was still soft enough that I could mold it easily with my hands.  I had my son sit in the bathtub (I was tired of wiping the floor) and I sat on the edge of the tub.  Explaining each step to him before trying it, I gave him a glass of water and told him to take a sip.  Done; no problem.  Then I had him take a sip and tip his head back but not swallow for about 2 seconds.  Success.  Next, we did the same thing but this time, when he had his head tipped back, I took a tiny piece of candy corn, rolled it into a ball and popped it in his mouth before he was allowed to swallow.  Amazingly, it went down!  It was a definite confidence boost but he didn’t feel he would be able to swallow anything larger so we agreed to take a break.

When we went back to it, we quickly made it through all of our initial steps and the larger piece went down just fine, too. Then the big test: swallowing a piece that was the same size as the pill.  To both of our surprise, he was able to do it with no problem at all so we agreed it would be a good time to try with the pill and just like that, the medication was in my child.  No crying, no clean-up, no wasted $3.00 pills.  Boom.

For about two weeks, we went through the practice steps each morning, working up to taking the pill.  We had a few days that were more difficult than others when we had to go back and start from the beginning but we got the pill in every single day.  After about a week, we took it up a notch, starting around step 3.  A week later, he was able to take the pill on the first shot almost every time.  There are some days that he still asks for practice and I have to go scrambling for a TicTac or something (we used smashed bits of bread one day, in desperation) but for the most part, we have been able to condition his body to swallow a pill without it being a source of stress for either of us.

Yes, it takes some time.  Yes, it’s giving your kid extra candy.  Yes, the school nurse will look at you like you are insane the first time you forget to medicate at home and show up at the school with a pill and a bag of candy corn but in the end, the goal is to get your child the medication they need and in our case, it was worth all of that and more.

What do you think?  Is this a method you would try?  Have you found any other great ways to get your kids to swallow pills? 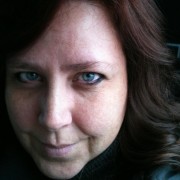 My name is Cara. I'm an ADHD mom with an ADHD kid, a husband, several cats and a messy house. I write about ADHD and mental health issues, skeptical parenting and education. I also like to hula hoop.