I just read the heartbreaking story of Michael.  To make a long story short, this kid attempted to commit suicide after being bullied at school.  He’s eleven years old and likes “My Little Pony”.  Apparently, that is something to be ridiculed and bullied for.  I don’t really understand the concept of Bronies when it comes to men in their twenties liking “Friendship is Magic”, however,   I don’t think it’s really my concern, especially when it comes to an eleven year old child.  When I hear stories like these, I wonder if we as a society have just become so disconnected from each other, that we no longer have the common decency, even as kids; to not belittle and ridicule someone else.  I know bullying has always happened, but I have seen more than one story about a child attempting to commit suicide due to bullying in the news recently.

I hear people often say that kids today are softer, and that everyone gets bullied.  We don’t ever question why kids even bother to bully.   Why is it acceptable to expect that someone at school is going to make fun or you or insult you because of whatever weird reason they have decided that it’s acceptable to do such a thing?  Why is it only recently we’ve started taking bullies to task?

This child is literally fighting for his life all because someone didn’t have the common decency to treat him like they would like to be treated, that he had endured such mental abuse, he could no longer bear it.   The fact that this kid didn’t feel he had a place to turn before trying to end his life makes this even more heartbreaking to me.

I always thought I would want my child to be their own person.  To do her own thing, even if it isn’t what all the other kids are doing.  I still hope that for my child, but I worry that in the attempt to be considered “normal”, many kids are losing themselves to keep up appearances and to avoid being bullied, and that makes me even more depressed for the future of my kid who loves to dance and doesn’t care if anyone is watching.  Who likes to make up songs, and who loves to have tea parties with He-Man and her Teenage Mutant Ninja Turtles.

I want better for my kids, and I’m wondering why it seems that many parents or at least some parents aren’t willing and able to want better for theirs?  Are we to the point, we just expect our kids to go to school and no longer feel safe?

Why is it bullying is seen as the norm, and why is their even a little bit of backlash against anti bullying initiatives? 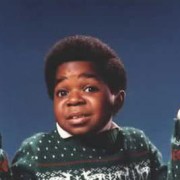 30 something stay at home mom living in Texas. That sounds like a lot of fun, doesn't it?