So, 2014 will be the year that L. first climbs the school-bus steps. If she’s anything like her father this process will involve extricating her from beneath the kitchen table and sprinting down the driveway with her and her backpack across my shoulder before tossing her through the bus’ doors yelling, “DRIVE!” Now every parent goes through the same universal worries that come around when we send our little angels off for the first time. Will she like her teacher? Will she like the other kids? Will she get picked on? Will she deal with the bully ‘properly’, as opposed to using the foot-stamp, elbow-to-head maneuver Daddy showed her when Mommy wasn’t looking? There are just so many things to put a parent on edge. Here in Ireland, there is an additional consideration for those of us who have decided not to marinate our future adults in religiosity during their formative years.

Religion is everywhere throughout the Irish education system.  Our National Schools, which children usually attend between the ages of 4 to 12, are predominantly run by religious denominations.  The Irish government pays the salaries of all the teachers, but the ownership and upkeep of schools are the remit of their patrons. Currently the Catholic Church is a patron to 92% of all such schools. An additional 4% is owned by other faiths, while the remaining 4 percent is secular/non-denominational.  The odds of finding a school that will not insist on teaching your child the religious doctrines of the patron church are pretty much zero for people living outside of large urban areas. Also, schools are given exemptions from certain civil rights obligations and allowed to actively discriminate what child they will accept based on religion.

In our case, once we factored in bus routes, after-school care and distance from home, we were left with two options. A Catholic school, or a really, REALLY Catholic school. The latter’s website was replete with invocations, gospel references and reassurances that a child sent there would be no more than two steps from beatification by the time they went to high-school. The second was a little more laid back, more of a “Oh, don’t worry about the cross on the wall, check out our sports facilities!” However, the fact remained that should the school find enough children of nominally catholic parents, L would be out of luck. I say nominally catholic parents because it is an undeniable fact that many parents do not actually practice their espoused religion on anything like a regular basis. Many have also chosen, as many advised I should have chosen, to baptise their children regardless as it would increase their chances of getting into decent schools later.

I deferred, for several reasons. Firstly, it is dishonest. I am not a Catholic and I am not going to pretend otherwise just to elbow my way to the front of the queue. Secondly, it is insulting. While I believe that many of the Catholic church’s teachings fly in the face of demonstrable fact and basic decency, I am not going to insult the people who take these matters on faith by paying lip service to them. Being open in my disagreement is far more respectful to believers, if not their beliefs. Thirdly, I don’t won’t be part of the problem. The people who are currently playing the part of the good Catholic to garner some social traction bolster the numbers of the Catholic church and make it seem more influential than it actually is. This gives the church more leverage than it deserves when it lobbies the government on behalf of people who, truth be told, don’t actually agree with their position.

I will be keeping a very close eye on my daughter’s curriculum when she starts school in September. My plan is to get a drop on the Religious Education component by crafting my own comparative religion course. Basically this would involve selecting PG versions of stories from various religious myths (Christian, Hebrew, Greek, etc.) to include during reading time. I intend on presenting them with no more emphasis than the stories she currently enjoys such as Brave and The Gruffalo. I’ve got quite a bit more to say on this situation, but unfortunately lunch time approaches and I’m informed that it is time for toasty sandwiches.  Daughter has spoken and I must depart. More to follow. 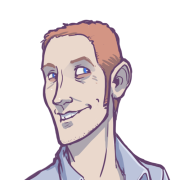