I step out of my large white passenger van, followed by my insanely adorable children – all six of them, and I wonder what people think. I am fond of long skirts and I am short, so they are usually by default ankle length. I have a bumper sticker supporting midwifery. In the parking lot of the day old bread store when people see me leading my crew around – do you think most would expect that I am atheist? Sometimes it even surprises me.

I feel like I might not belong here writing about skepticism. I’m a teeny tiny blastocyst in the realm of skepticism. I just barely walked away from the world of Mormonism. This past February we spent our last Sunday in the pews. At that time my sixth baby was just 5 months old. I had spent the pregnancy growing her and losing faith. I also experienced for the first time genuine anxiety attacks. As Carl Sagan would say I was living in a “demon haunted world.” Pre-questioning I lived in a paradigm where blessings were predicated on faith and obedience. There was a clear message that blessings were withheld when you removed yourself from the “Spirit”.  I had not had the spirit or really any good feelings about my relationship with the church from the moment I learned Joseph Smith was a rapist.

So I sat in the dark late at night, belly full of baby, pissed at a god that would not answer me. Who would send the world ‘his truth’ through a predator and leave me to deal with the confusion? My chest would heave and I felt like I was breathing through a straw. I fully expected I’d have the worst possible scenario awaiting me in childbirth and after that I’d be without my children in the eternities. I was a doubter!  God would get that message to me once and for all. I’d be the first woman to deliver an 12 pound baby through her nose and it would be for my spiritual enlightenment. I lived waiting each moment for either a sign or a punishment.

Have I mentioned that I am a grown ass woman?  I sat in the dark afraid of a realm beyond rational thought. I feared supernatural forces with zero evidence for them. I begged for peace from the same realm I was afraid of, help that did not come.

I was living based on feelings.

Hindsight does not make it clear to me now if it was purposeful or accidental but I decided instead of figuring out WHAT to think of this religious fear fest,  I would figure out HOW to think.

It saved me. So because I was Mormon for 89% of my life. (DON’T question me, I did the math.)  I will end this post the way Mormons do, with my testimony:

I would like to bear my testimony. I know logical thinking is true. I know critically examining our core beliefs will be hard. But we can do hard things. If you learn logical fallacies and demand evidence you can live a life without fear. You can navigate your days without credulity and while you might abandon the concept of a soul your rational mind will swell with joy. I say these things in the name of freethinkers everywhere. Amen.

Addendum: I gave birth to a 10 lb 5 oz baby girl out of my vagina and not my nose. I am now charting a new course in my parenting style. Parenting in reality. 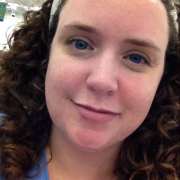 The Mom of Oz has six kids, yes six. She recently made her way out of mormonism to the refreshing waters of skepticism.