Next week, the Supreme Court will hear two cases – Sebelius v. Hobby Lobby Stores, Inc. and Conestoga Wood Specialty Store v. Sebelius – challenging the provisions of the Affordable Care Act that mandate most health insurance plans to cover contraception services and counseling at no cost to the insured. Even if the Supreme Court upholds those rulings, there are more than 90 other cases in various stages of litigation, each dealing with their own objections to the law. All of these cases have a couple of things in common – they perpetuate myths about and attempt to demonize birth control. Also, many claim that mandating coverage for contraception by private companies’ insurance plans somehow violates the freedom of religion of private individuals or corporations (Thanks Citizens United!). I will point out that religious organizations are already exempt from this provision of the Affordable Care Act, and none of these cases mention other covered procedures that may be inconsistent with religious beliefs (Viagra, anyone?), but I digress.

Because these cases piss me off, and because I have experienced the privilege of access to free or affordable birth control all of my teen and adult life, I want to dispel some myths, provide some evidence and share my joy for birth control. But, wait. Why am I blogging on a parenting blog about birth control? Because, the ability to control one’s fertility, to decide when and whether to become a mother and to space one’s babies appropriately is linked with numerous physical, economic and social benefits. Not only for women, but for children. Family planning is good for families. This is one mama who loves birth control. Let me set the record straight.

Many, many women use birth control. Probably more than you think. According to the Guttmacher Institute:

No matter when you believe life begins, the point at which a pregnancy is established has been determined by science. According to the American College of Obstetrics and Gynecology, almost the entire medical community and my sixth grade health textbook, pregnancy begins when a fertilized egg implants in the uterus. No birth control method disrupts an established pregnancy. Contraception, rather, prevents conception by preventing ovulation, fertilization or implantation of a fertilized egg.

Apparently the executives at Hobby Lobby disagree. Their complaint specifically targets IUDs and emergency contraception as abortifacients (a word popularized by the anti-choice movement). They claim that these drugs/devices cause an abortion, by not allowing an embryo to reach the uterus and implant there and thus causing it to die.

Those of us who support science and birth control can easily laugh this off as pseudo-science or anti-choice rhetoric, but these cases have the potential to redefine not only who or what is entitled to religious freedom, but when pregnancy begins and what constitutes an abortion. Because of religion…or the religious beliefs of a small fringe group. This scares me. 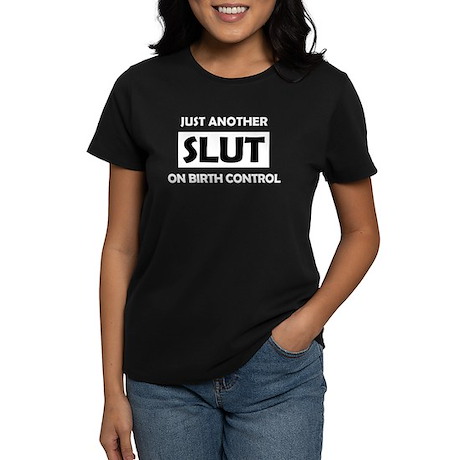 Family planning is good for women and for families. The ability to control when you have children, how many children you have and the spacing of those children is linked with numerous economic, health, social and educational benefits. These include higher levels of educational attainment, the ability to avoid poverty, economic stability, participation in the workforce, relationship stability, mental health, happiness, and even improved health and well being for children. In turn, unintended pregnancy at all ages and teen pregnancy are both linked with numerous negative outcomes for women and their children.

Cost can be a barrier for women. According to the Guttmacher Institute, in 2010 an estimated 19.1 million women were in need of publicly funded contraceptive services and supplies because they either had an income below 250% of the federal poverty level or were younger than 20. In the same year less than half (47%) of women in need—received publicly funded contraceptive services. Public programs such as Title X and Medicaid help, but many women and teens don’t have access to this important health care. The contraceptive coverage provided by the ACA helps ensure access to birth control for women who want and need it. As does Medicaid expansion in the twenty-six states which have broadened Medicaid eligibility requirements to provide coverage for family planning. This is a good thing. Remember: babies cost more than birth control.

All birth control methods are not right for all women. It is important that a women has access to the right form of birth control, based on her individual medical history, health status, needs and preferences. Birth control is safe, but like any set of drugs and medical devices, is not without risk. Would we ask that all male heart patients take the same drug to reduce their blood pressure? Of course not. Why would we then ask all women to use the same method of birth control? Simply saying that women should settle for a limited set of options is unacceptable and discriminatory.

Subsidizing contraception actually saves money. It makes sense. Pregnancy (and childbirth and children) is far more expensive than preventing pregnancy. Public funding for contraceptive services (under programs like Title X and Medicaid) in 2010 resulted in net public savings of $10.5 billion, or $5.68 for every dollar spent. It can be expected that insurance coverage for contraception will also be cost neutral or save money for companies in the long run. And in the case of an insurance policy, a woman and/or her company is paying for insurance in the form of premiums and deserves coverage for this important health care. To not offer this coverage would be discriminatory.

Let’s hear it for birth control! This debate is not about pharmaceuticals, it’s about religion, misogyny, sexism and discrimination against women. That makes me mad as hell. But what do I know? I am just another slut on birth control (Nexplanon is awesome). One of many.

Steph is a mom, stepmom, freelance writer, and advocate. When she's not busy writing, chasing kids around, cleaning up messes, and trying to change the world, Steph enjoys snuggling, making pies, politics, reading paranormal fiction, yoga, and fitness. A fully recovered natural parent, Steph now trusts science, evidence, and common sense to lead the way. She has been actively involved in the reproductive and women's rights movements for more than 20 years and is a passionate pro-choice feminist. Her writing can be found on Grounded Parents, Romper, The Cut, and other print and online publications